Let me try to write an essay to answer the question of Task 2 of the IELTS Writing Test.

Although people said that the moon landing is a conspiracy, some people argue that it is the real event. What can be done to make a good conspiracy?

END_OF_DOCUMENT_TOKEN_TO_BE_REPLACED

How about I present you an IELTS Writing Test summary. I will write it down in the next sentences.

Why a note of Writing Test first? It is because I believe that the Listening and Reading Test, taken place before the Writing, is priorly depend on our innate ability to familiarize with English voices and texts; however, some people argue that the tips to be learned are available. Have it your way*, anyway.

I will focus on Task 1. Task 2 will be on my next post. Here I also suggest some of the Internet pages useful to deal with IELTS in general.

END_OF_DOCUMENT_TOKEN_TO_BE_REPLACED

You should spend about 40 minutes on this task.

Write about the following topic:

There are many different IELTS books today. Is one book more important than another book?

Discuss that view and give your own opinion.

Give reasons for your answer and include any relevant examples from your own knowledge or experience.

END_OF_DOCUMENT_TOKEN_TO_BE_REPLACED

IELTS NOTE: death of a lamp

Missing articles will be categorized as a minor error in the IELTS Writing Test. Articles are any of a small set of words or affixes (such as a, an, and the) used with nouns to limit or give definiteness to the application (Merriam-Webster). Here is a resume of our Writing Class learned on how to use an article:

END_OF_DOCUMENT_TOKEN_TO_BE_REPLACED

Our Friday class (5/10) is finished early after spending 270 minutes of IELTS Weekly Test continued with Speaking Class, 180 minutes of harder level (than before) intelligentsia test and 90 minutes of fun speaking session. I found it fun because the speaking class was started by a guess-the-movie-name quiz. Take the Minions, for example, described by a movie of tiny yellow creatures who loves bananas.

I found difficulties in Friday Listening and Writing Test, part of the IELTS Weekly Test. There are three common mistakes found in Listening Test, focus, spelling, and grammar. The first two mistakes hit me today made me realize what did I do in weeks before. Did I do my best? Did I learn English in a good way?

I want to write a poem, suddenly.

END_OF_DOCUMENT_TOKEN_TO_BE_REPLACED 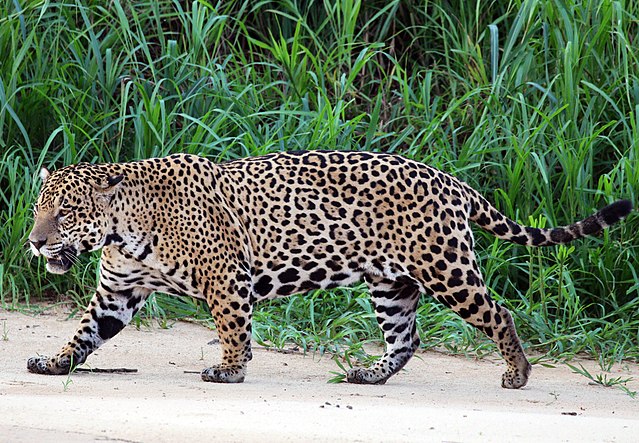 There is a question part in today IELTS Listening Practice Test considered as an exciting one. In that part, a professor and his students are discussing a nocturnal animal presentation and reaching their agreement in what to present next. The question is completing a diagram of Jaguar’s body part.

A zoologist, normally, can guess what is the word(s) in the blank. But, in the IELTS test, we are not allowed to activate our prior knowledge to answer the questions. I answered no 27 with ‘long strike’ as soon as I heard the conversation. Then, I repeat the conversation and I heard ‘long slide‘. Oh my God, even a biologist, I, heard different-but-same-words in two trials! My ear, an animal organ designed to perceive sounds, should be trained more and more for better hearing. In the end, the answer for no 27 is ‘long stride‘. I felt that my ear picks up and interpret the frequency of words differently in two times attempts.

END_OF_DOCUMENT_TOKEN_TO_BE_REPLACED

IELTS NOTE: a cup of coffee in a batik motif glass

#IELTS – The Batik Day is today! We, the Indonesian, commemorate October 2 as the anniversary of when the UNESCO recognize batik as a Masterpiece of Oral and Intangible Heritage of Humanity in 2009. Batik is a noun which has a meaning of a method (originally used in Java) of producing colored designs on textiles by dyeing them, having first applied wax to the parts to be left undyed. It can also be described as a cloth that has been dyed using the batik method. These descriptions are provided by Google. As part of the celebration, I wear my precious batik combined with jeans and participate in a special class to celebrate the International Coffee Day. Oh, wait!

Wiki said that “International Coffee Day is an occasion that is used to promote and celebrate coffee as a beverage, with events now occurring in places across the world. The first official date was 1 October 2015, as agreed by the International Coffee Organization and was launched in Milan.”

YAS! We are having a late International Coffee Day celebration!

END_OF_DOCUMENT_TOKEN_TO_BE_REPLACED

A fresh week started with two IELTS Writing Classes is this week. The first Writing Class is about how to understand the question in Task 2, for instance, analyzing general nouns and verbs used in the questions and learning how the text could be produced from these kinds of questions. We were learned new alternative words used to replace ‘main’, that are, chief, paramount, major, primary, or dominant.

The word ‘paramount’, honestly-for me, is not a common word. In my mind, the word is randomly related to Paramore, American rock band from Franklin, Tennessee, formed in 2004. I used to read this word at the beginning of a film and defined by Wiki as an American film studio based in Hollywood, California, that has been a subsidiary of the American media conglomerate Viacom since 1994. On the other hand, the studio describes themselves as Paramount Pictures Corporation (PPC), a global producer and distributor of filmed entertainment, a subsidiary of Viacom (NASDAQ: VIAB, VIA), a global content company with premier television, film, and digital entertainment brands.

END_OF_DOCUMENT_TOKEN_TO_BE_REPLACED

IELTS. Today is the D-day, the day we faced a bumpy road with some booby traps appeared: listening trap, reading trap, and writing trap. Once we able to follow the road safety, the shining gate of temporary happiness appears before us. When my classmates having some fun in a local cinema, I went back to Bogor, a mesmerizing city – a home of Bogorian deers and Bogor Agricultural University.

What I want to write, exactly, is we have a weekly IELTS test which is the third examination since we arrived in Bandung to place us whenever we are in a good progress or beyond it. In one week in advance, we broke our legs, pulled ourselves out, crushed the Pyramids, and stormed our brains in order to strategically prepare our mind and body to face this bloody weekly test today.